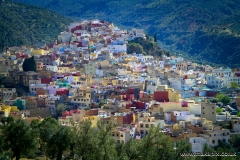 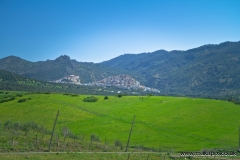 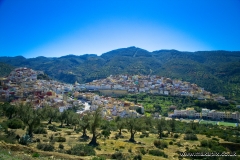 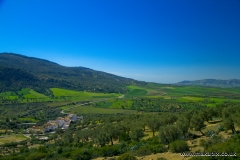 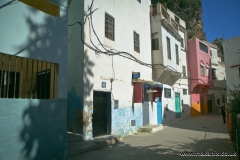 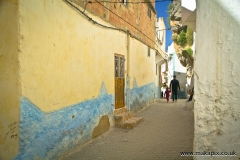 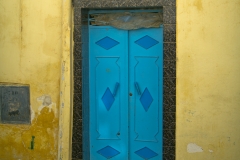 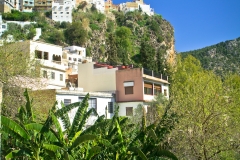 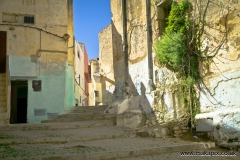 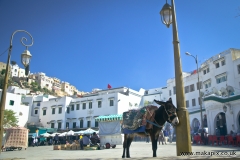 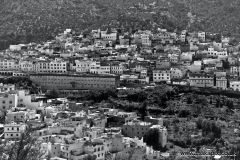 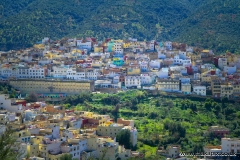 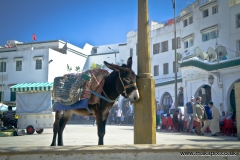 [Show as slideshow]
Moulay Idriss Zerhoun is a town in northern Morocco, spread over two hills at the base of Mount Zerhoun. It is famous for being the site of the tomb of Idris I, the first major Islamic ruler of Morocco, after whom the town is named. The holy village only recently opened to non-Muslim visitors, which is why it is one of the country’s most authentic and untrammeled outposts.

It was here that Moulay Idriss I arrived in 789, bringing with him the religion of Islam, and starting a new dynasty. In addition to founding the town named after him, he also initiated construction of Fes, continued later by his son, Moulay Idriss II.

The town is compact, and its narrow streets will feel familiar to anyone who has spent time in the medinas of other Moroccan cities. Just off the main square is the Mausoleum of Idriss I, a sacred destination that is open only to Muslims. It is said in Morocco that six pilgrimages to Moulay Idriss during the annual festival honoring the saint is equivalent to one Haj to Mecca. Also of note is the round minaret at another mosque in town, the only one in Morocco. The ruins of the Phoenician and Roman city of Volubilis are located 5 km away. Moulay Idriss I took many materials from here in order to build his town. 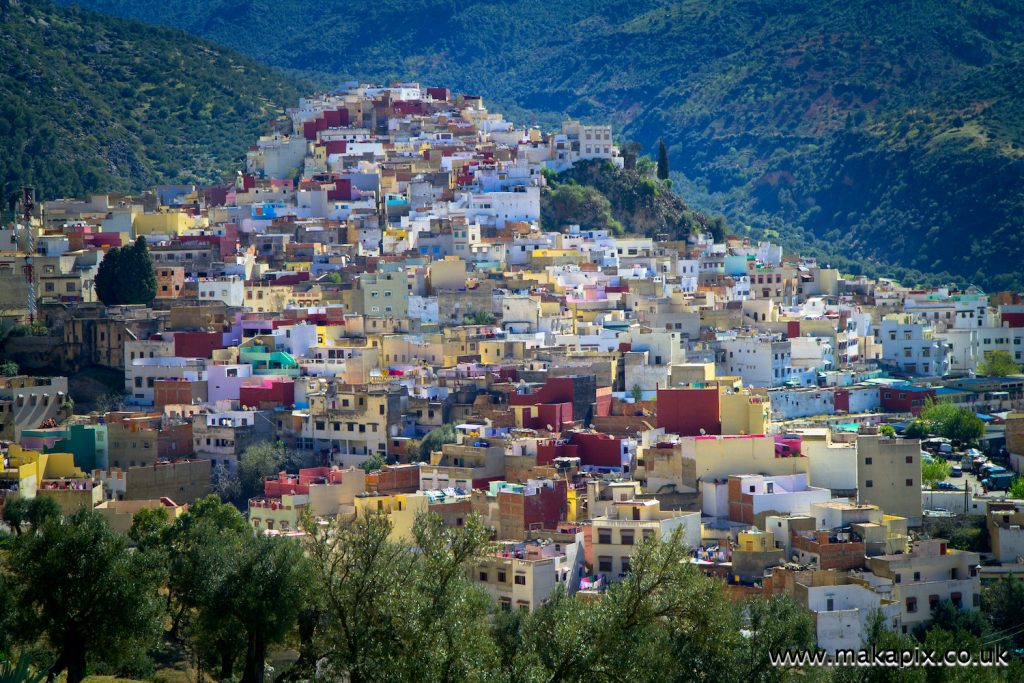