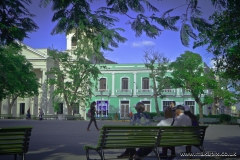 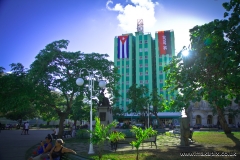 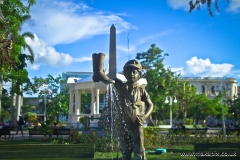 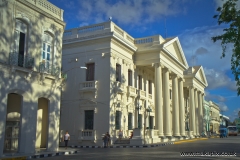 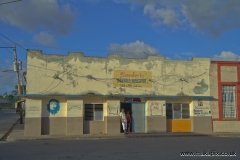 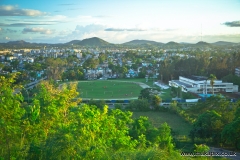 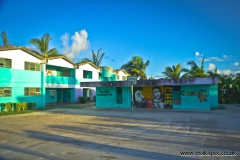 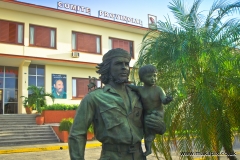 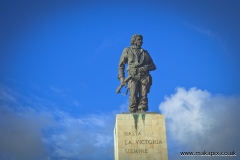 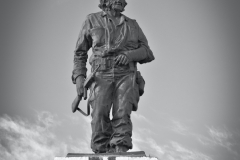 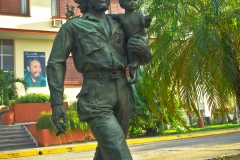 [Show as slideshow]
Santa Clara is the capital of the central Cuban province of Villa Clara. It’s chiefly known for its revolutionary landmarks. In the city’s west, the Che Guevara Mausoleum is the resting place of Che Guevara and other fighters. It’s crowned by a massive bronze statue of the revolutionary leader. The adjacent Museo Histórico de la Revolución has artifacts and personal effects documenting Guevara’s life. 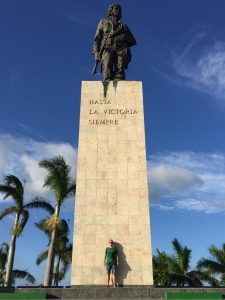 Santa Clara was founded in 1689 by families fleeing constant pirate threats in coastal Remedios. It occupies the site of the ancient Indian town of Cubanacán, which, according to some authorities, Christopher Columbus mistook for the headquarters of the Mongol emperor Kublai Khan. Initially, the settlement depended on livestock raising and associated industries, but by the mid-20th century the city was flourishing on sugar and tobacco. The Santa Clara Steel Combine makes finished steel products and parts. The Central University of Las Villas was founded in Santa Clara in 1952. The city is situated near the geographic centre of the island, on the country’s Central Highway, and is the junction point of Cuba’s main rail lines.