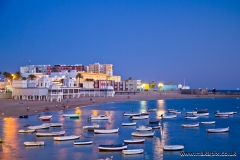 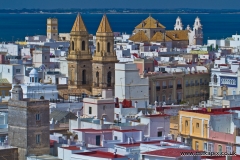 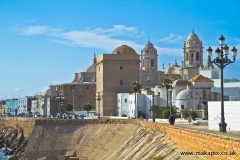 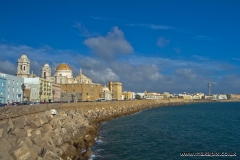 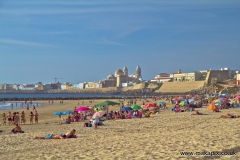 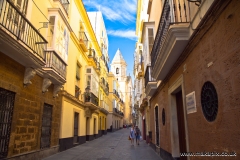 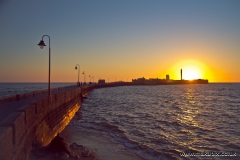 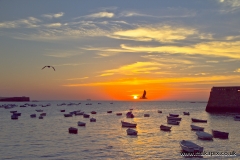 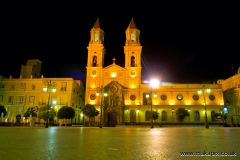 [Show as slideshow]
Cadiz is thought by some to be the oldest city in Europe, founded in 1100 BC by the Phoenicians who called it Gadir and traded Baltic amber and British tin, as well as Spanish silver. The city subsequently became a naval base for the Romans before fading into obscurity until 1262 when it was taken from the Muslims by Alfonso X.

The real boom period was with the discovery of America as Columbus sailed from this port on his second and fourth voyages. Much later the city enjoyed a golden age during the 18th century when it enjoyed 75% of Spanish trade with America. From this time it grew into one of the wealthiest and most cosmopolitan cities in Spain and most of the city’s fine buildings date from this time.

If Cadiz looks strangely familiar, it could be because you´ve seen it in a James Bond movie – as Havana. If you remember the famous James Bond movie, Die Another Day, the shots of Halle Berry in a bikini in Cuba were actually shot in Cádiz. La Caletawas the beach used in the movie, while the island with the DNA replacement clinic was actually the Castillo San Sebastian. They also digitally removed the castle and transformed the city in Havana.